BitBean is an altcoin (alternative currency) similar to Bitcoin but with a few different innovative and unique features. The coin had a epic start and shot from 16 to 50 satoshis. The Dev apparently abandoned the coin less than a week after launch and the community stepped up to carry the torch faster and more effectively. Not sure if it was planned but it looks like its going to work out 😉

BitBean uses both Proof of Work and Proof of Stake phases. The POW stage was sha-256 and lasted 3 days and had no pre-mine. To generate more coins aka Stake, you must hold coins (can be purchased on multiple exchanges) in your wallet and leave the wallet open. Each block generates 1000 BitBeans. The rate at which you stake blocks depends on how many coin you hold.

The following is strait from the BitcoinTalk forum thread: https://bitcointalk.org/index.php?topic=969676.0

Many altcoins have come and gone. Some were good but many have or had problems.
Bitbean is the result of wanting to create a real alternative currency designed from the ground up, with transactions in mind.

After being abandoned by the original developer, the community quickly came together to continue development.  BitBean is now being developed by a group of dedicated people, with a vested interest in seeing it succeed! A whitepaper, road-map, new website, and updated wallet are current projects ongoing with longer term development projects planned. BitBean is no longer in the hands of a single developer, but now has a Professional Core Development team leading it towards the future! Come visit our community in IRC (Freenode #bitbean) and ask our friendly support team, why Bitbean is destined to be a premier crypto currency, now and in the future!

About Bitbean’s Proof of Work phase:
SHA-256 ASIC mining is energy efficient so it was chosen as the algorithm for the pow period.
After it’s initial distribution of 10,000 blocks to people mining all around the world, BitBean become a pure Proof of Stake bean. PoS was active during PoW so about a third of those 10,000 blocks were Proof of Stake blocks. After PoW ended, their were 606 million Bitbeans.
Proof of Work is a great way to distribute coins to people. It’s better than making an IPO or ICO, where almost always the developers and insiders buy all the coins from themselves. This makes for essentially massively pre-mined coins. BitBean had no pre-mine or IPO!

About BitBean’s innovative Proof of Stake:
BitBean’s Proof of Stake is different from other coins. After 6 hours BitBeans mature and are eligible to stake on the network. Blocks which are found through staking are static blocks similar to PoW. Each PoS block found will provide a reward of 1,000 BitBean.
This is a better form of Proof of Stake than using a percentage method like other PoS coins with interest.
Coins are supposed to be a payment system. BitBean’s PoS encourages people to actually process transactions instead of hoarding. With many other PoS coins, holders generally only process a transaction once in a blue moon. And most of these transactions are only to collect their interest. This is not a good method for making a payment system. BitBean is a leap forward to change that!

Scale-ability:
BitBean is based on a pro-Gavin proposal for a Bitcoin 20MB block size fork.
Why wait to see if Bitcoin will ever change, BitBean started out from the beginning with 20MB blocks!

Other info:
The community has chosen BITB as the ticker.
Transaction fee is 0.01 BITB (This is slated to change with the next update.)
Target block time is 1 minute.
Block time to maturity is 110 confirmations.
Port: 22460
Default RPC port: 22461

An updated wallet is being planned for release by the new development team that will automaticaly add nodes and eliminate the need to create a conf file, but in the mean time we have created a tutorial to help you get your wallet to sync. New BitBean.conf Tutorial Now Available: http://www.bitbean.org/BitBeanConf.pdf

CoinWarz – Find the Most Profitable Coin 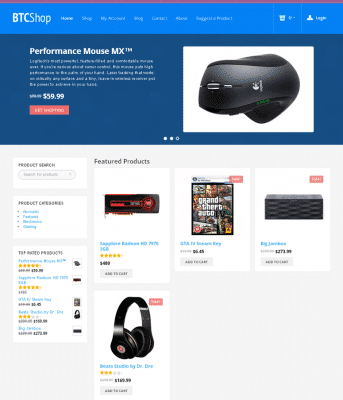 December 22, 2013
There are no comments yet No comments